Younger-looking skin could be result of healthy diet - Slimming Solutions

Younger-looking skin could be result of healthy diet 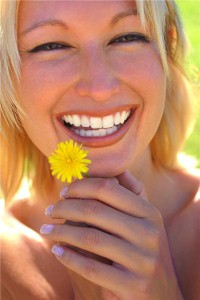 You might be trying to cut calories in a bid to lose weight, but it could have an added benefit for your skin, according to researchers in Sweden.

A study at the University of Gothenburg saw scientists investigate a range of animals and their lifespans when factors including diet and illness were taken into account.

In news that could be relevant to people too, it was found that when high-calorie foods were replaced with nutritious ones containing less energy, the subjects lived significantly longer than their counterparts.

Furthermore, they were also more likely to be able to fight illnesses including Alzheimer's and had much younger-looking skin.

This lowers harmful hydrogen peroxide in cells and also increases production of enzyme Srx1, which has the ability to repair Prx1.

BBC Good Food states that foods which could help to boost the skin from within include dried apricots, almonds, pine nuts and blueberries.

Are you convinced your good diet is helping you to look younger than your years?