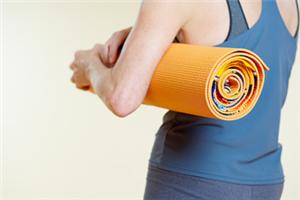 An American man has praised yoga for helping him to achieve a massive weight loss of more than 26 stone.

Larry Sherman used to weigh around 38 st 8 lbs but lost an incredible amount of this over the course of three-and-a-half years, ABC News Detroit reports.

Now weighing in at under 13 stone, Mr Sherman said that the turning point came when he attended his first yoga class in 2006.

He said that hardly anyone had touched him for 17 years because of his weight, but his fitness instructor, Yoga Shelter co-founder Lisa Paskel, put her hand on his back and gave him emotional support.

“To know that someone cared to have that compassion – that they didn’t see my fat or my weight. They saw me as a person. That was just so powerful for me. It was life-changing,” Mr Sherman told the news provider.

Ms Paskel changed the way in which Mr Sherman thought about food and got him to do more exercise.

Earlier this month, Jane Jakubczak, co-ordinator of nutrition services at the University of Maryland, told Shape magazine that most of the people that go to see her for weight loss advice use food to deal with their feelings.

Have you tried yoga to aid your weight loss?