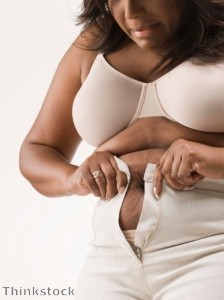 People who are forever embarking on a new diet, losing weight and then giving it up and piling on the pounds again could live longer than those who simply remain obese.

This is according to researchers from Ohio University in the US, who conducted a study using mice.

The animals that switched between a high-fat and low-fat diet every four weeks throughout their lives lived about 25 per cent longer than obese mice that ate a high-fat diet.

Also, these animals had better blood glucose levels than the obese mice.

Lead author of the study Edward List, a scientist at Ohio University's Edison Biotechnology Institute, said: "The new research shows that the simple act of gaining and losing weight does not seem detrimental to lifespan."

This research follows the publication of that by YouGov, which found that more than one in five women have been on at least five weight loss diets and then regained the pounds that they shed.

Are you a yo-yo dieter or have you found the food plan that works for you?