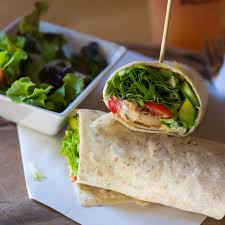 Feel smug about ordering a ‘healthy’ wraps for lunch? You may be in for a shock.

While often thought of as a healthy choice, or lighter alternative to bread, a new review commissioned by Helga’s and conducted by the University of Newcastle has found the most popular wraps contain worryingly high amounts of salt.

The review looked at the top selling wraps in supermarkets over a 12-month period. The main finding was that the amount of salt contained in wraps varied greatly between brands with some wraps containing six times as much salt as others!

Alarmingly it was found that popular brands could contain more than double the recommended amount of salt.

It appears that while consumers are aware of the need to consume high fibre and wholegrain varieties, unfortunately when we choose certain foods, in this case wraps, we are not considering the high amounts of salt.

Ideally, no more than 1600mg of sodium (salt) should be consumed each day.

Some wraps contain more than a third of this amount in a single serving, and that’s without fillings such as processed meat, cheese and sauces which can add significantly more sodium into our diets in just one meal.

Swapping wraps for bread may do us more bad than good.

High sodium diets are linked to a greater risk of high blood pressure and heart disease long term and fluid retention and bloating on a daily basis.

For this reason, choosing foods that have no more than 400mg of sodium per 100g is a good reference point.

Simply swapping from a high salt to a lower salt wrap could save up to 90 teaspoons of salt from your diet over a the course of a year.

Like any food, wraps can be a nutritious daily food option, especially when they contain fibre and wholegrains but this report indicates that the wraps we think are healthy may not be as good for you as we think.

It pays to always check ingredient lists and nutritional panels to make sure high amounts of salt are not unknowingly slipping into our diets. It seems these days it’s becoming more difficult to avoid salt laden foods and unless we completely move away from ‘convenience’ foods the problem is only going to worsen.

Did you have any idea wraps were as bad for you as this study has found?