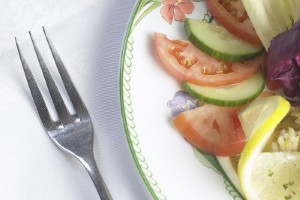 In an effort to lose weight, women would have tried 61 different diets by the time they reach 45 years old.

This is the main finding of new research carried out by bread maker Warburtons, which equates to around two diets a year from age of 16.

A total of 2,000 British men and women were polled for the survey, with over three-quarters of respondents saying they have embarked on a new diet in the past year alone.

Women were found to be keener to take up a diet, the study also highlighted, while six out of ten parents even said that their children had requested not to be given such foods as potatoes, bread and fruit.

TV doctor Hilary Jones noted: "It seems the British obsession with dieting could be having a detrimental effect on our nutritional intake, as many people lose sight of what constitutes a healthy balanced diet."

A recent study at the Mayo Clinic in Rochester, Minnesota, has also found that sleep deprivation could be leading to people breaking their weight loss regime and eating more than those who had a good night's sleep.

How many diets have you tried?