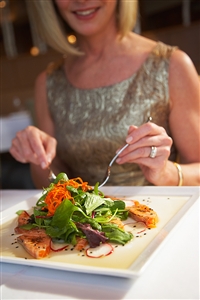 A woman who maintained her willpower by sticking to a diet plan lost around two stone in less than a year.

Lucy Worthing decided to embark on a diet after she saw pictures of herself at a friend’s wedding and was shocked at how big she was, Closer magazine reports.

She weighed almost 13st but has worked hard to shed the extra pounds and reached a trim 9st 2lbs – her target weight – by March this year.

Since then, the 34-year-old has lost another three pounds and is feeling better about herself than she has in years.

“I feel so much more confident now and enjoy shopping for my new figure. Before I lost the weight, I tried to cover up but now I love buying fitted trendy outfits,” she told the magazine.

Last week, the Coventry Telegraph reported that a local woman had launched a curry diet to aid slimmers in losing weight quickly.

Suki Burai has created a booklet of recipes for traditional Indian foods that incorporate healthy ingredients, claiming that they helped her to shift 2st 11lbs.

Which diet are you currently trying?