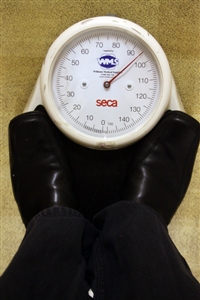 A woman who lost seven-and-a-half stone has set up her own slimming club to help others make similar achievements.

Francine suffered a miscarriage eight years ago and it was shortly after this that she decided to lose weight, WalesOnline.co.uk reports.

She weighed 18 st and wore size 22 clothes, but was sometimes forced to buy items from maternity sections of shops despite not being pregnant.

Francine tried dieting on her own but enjoyed greater success when she joined a local slimming club.

“It took no time to crack the diet. I soon discovered some fantastic recipes with loads of fresh foods I love,” she told the website.

She has now set up her own slimming club in Gabalfa, Cardiff, which has over 25 members whom she suggests have all made positive steps towards reaching their weight loss goals.

Earlier this month, singing teacher Anna-Marie Osborne from Llandudno, north Wales, told the Daily Mirror that slimming pills helped her to lose weight and made her look much younger than she used to.

How does losing weight make you feel?