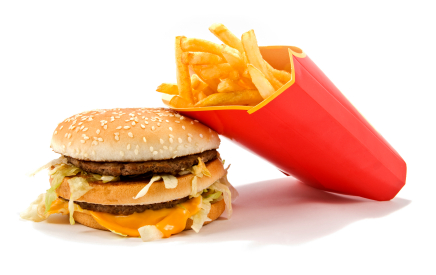 As reported on today’s Guardian website, McDonald’s hardly an ideal dining location for anyone struggling to stay slim. But the fast food chain scored a PR coup today when Weight Watchers agreed to endorse some of its products in New Zealand – a move met with outrage by nutritionists.

As part of the deal, which the company says is the first of its kind in the world, McDonald’s will use the Weight Watchers logo on its menu boards and Weight Watchers will promote McDonald’s to dieters.
Several items on the fast food giant’s menu – the Filet-O-Fish, Chicken McNuggets and Sweet Chilli Chicken Wrap – have been approved for the Weight Watchers diet in McDonald’s 150 New Zealand restaurants. Each meal is worth 6.5 points on the program which assigns points to food items and allows dieters to consume 18 to 40 points each day to achieve their goal weight.

McDonald’s New Zealand managing director, Mark Hawthorne, said: “We were able to include some of our most popular items because of the many changes we have made over the years.
“For instance, the switch to a healthier canola blend cooking oil means items such as the Filet-O-Fish and Chicken McNuggets contain 60% less saturated fat than six years ago.
Chris Stirk, Weight Watchers’ director of business in Australia and New Zealand, said the partnership between the companies reflected “part of our philosophy that you can enjoy life … while still achieving your weight loss goals”.
But nutritionists and obesity experts said the menu items were a marketing tactic to lure customers into the restaurant. “It’s all about sales,” said Jane Martin, senior adviser of Australia’s Obesity Policy Coalition. “It implies this food is healthy … when often it is high in fat and salt. Chicken McNuggets are Chicken McNuggets whether it’s got Weight Watchers on it or not.”

Weight Watchers and McDonald’s in Britain said they had no plans for a similar partnership in the UK.