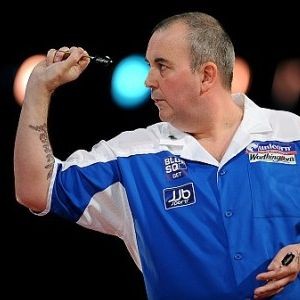 Darts icon Phil ‘The Power’ Taylor has stated that his weight loss regime has allowed him to once again reach the top of his game.

Question marks started to hover over Taylor’s future in the sport, after he was sensationally defeated in the second round of the World Championships in December by Dave Chisnall.

Since then though, The Power has taken up a new health regime which resulted in him shedding two-and-a-half stone in the space of three months.

At the same time, the Stoke icon has been unbeatable during the 2012 Premier League and broke new records two weeks ago.

In a match against Simon Whitlock, Taylor averaged 117.35 – the highest haul in Premier League history and the second-best three-dart average since televised darts began.

The Power commented: “Since starting my healthy eating plan my mental alertness has increased, which I found has improved my overall concentration and game.”

Meanwhile, famed TV mum Lynda Bellingham recently told Woman’s Own magazine that taking up the Dukan diet has given her life “so much confidence”.