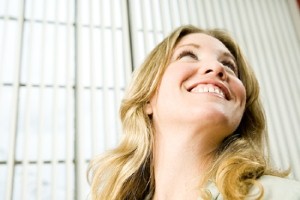 The very best compliment a woman likes to receive is one acknowledging that she has lost weight, a new UK-wide survey has found.

A poll of women reported by Digital Hub found that females are more pleased to hear people comment on them losing weight than on other aspects of their appearance, such as their teeth or hair.

Some of the other compliments women like to hear include positive remarks about the way they smell, how nice their hair is, or how beautiful their eyes are.

However, focusing on all of these aspects incessantly can often have the opposite effect, as women can think that their partner believe she is fat, explained a spokesperson for Dental Care Plus Implant Centres, which conducted the study.

“Women appear to love any compliments which suggest they are beautiful. In particular they want to appear thin to everyone around them, so commenting on weight loss is a sure fire way to score brownie points,” the representative added.

A recent survey carried out by TK Maxx and Cancer Research UK revealed that one in ten women are keeping clothes in the hope that they will one day be able to fit into them again once they have lost weight.