Weight loss all in the head? - Slimming Solutions

Weight loss all in the head? 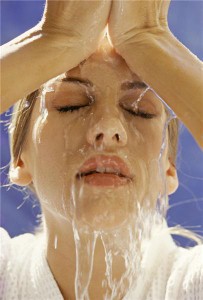 A new discovery by scientists may lead to the development of drugs that could aid weight loss.

Researchers at the University of Turku have found that obesity may be due to levels of brain glucose metabolism.

It was found that people who were overweight and more prone to overeating had higher levels of brain glucose metabolism, indicating that the cause of weight gain and obesity could actually be in the brain.

These levels were found to be elevated in the brain’s striatal regions, which are involved in processing the rewards.

Furthermore, obese individuals’ rewards systems were seen to respond more energetically to food pictures, and responses in the frontal cortical regions were dampened.

Adjunct Professor Lauri Nummenmaa commented: “The results highlight the role of the brain in obesity and weight gaining. The results have major implications on the current models of obesity, but also on development of pharmacological and psychological treatments of obesity.”

Do you think obesity is due to brain chemicals?