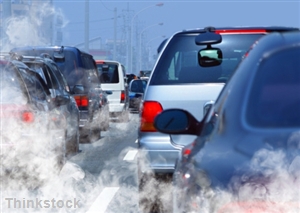 The increase in the average weight of people across the world has links with climate change, researchers have claimed.

Robin Stott and Ian Roberts wrote an editorial on behalf of the Climate and Health Council, which states that, as people rely on fossil fuel-powered transport more, they are exercising less.

This increases not only body mass indices and waistlines, but the amount of harmful carbon emissions that are pumped into the environment.

"The planet is getting hotter, its people are getting fatter and the use of fossil fuel energy is the cause of both," the authors stress.

Mr Stott and Mr Roberts go on to suggest that promoting a low carbon economy would lead to people adopting healthier levels of physical activity and eating a diet that is lower in meat.

Earlier this year, researchers from Imperial College London claimed that meat consumption is positively associated with weight gain, so if slimmers cut down on meat they will be more successful in achieving their weight loss goals.

Would you give up your car if it meant that you lost weight?