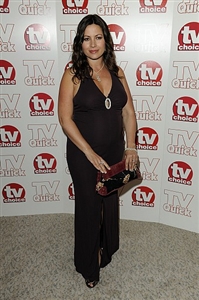 Former GMTV weather girl Clare Nasir has lost 2st in weight after embarking on a strict diet and exercise regime.

The 40-year-old was motivated to take her weight loss seriously after photographs appeared in the press of her working out wearing a luminous crop top and hot pants, displaying more than a little cellulite.

"When I saw the pictures I burst into tears – they were so humiliating and undignified," the Daily Mail reports her as saying.

Clare went on to say that people had even been so harsh as to call her "disgusting" and a "disgrace" following the publication of the unflattering photos.

She blames having a child as the reason why she gained weight in the first place, stating that she went from 9st 7lb before her pregnancy to 12st 7lb afterwards.

Earlier this month, research by the Royal College of Midwives and Netmums.com claimed that 70 per cent of mothers surveyed 'ate for two' while they were pregnant resulting in many having to diet after giving birth.

Got any tips for shedding post-baby weight?