7 ways to burn calories without breaking a sweat - Slimming Solutions

7 ways to burn calories without breaking a sweat 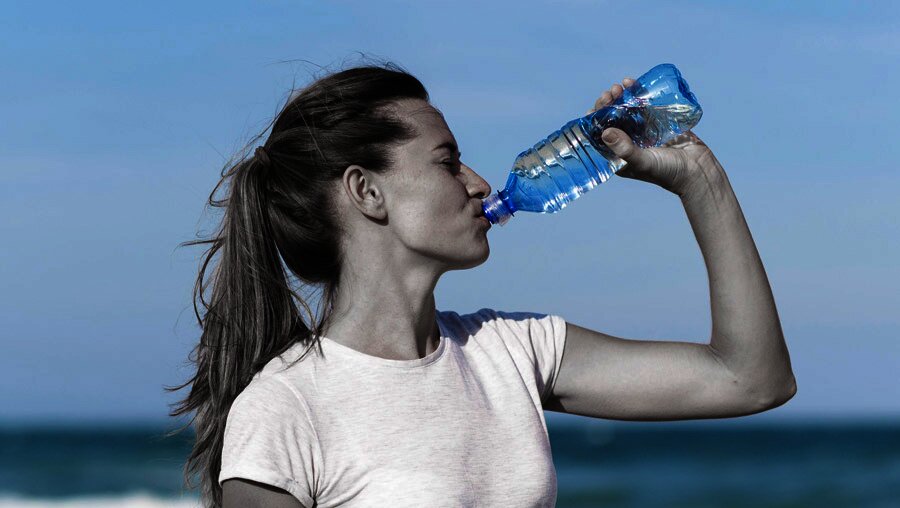 Here’s some unexpected ways to burn calories without doing very much at all.

You could burn up to 70 calories a day just by drinking eight glasses of cold water. Sadly, the same does not apply to eating ice cream.

However, researchers did find that lowering your bedroom thermostat to 19C makes you burn 7% more calories while you sleep. That’s 100 calories for every 24 hours you spend in bed.

RELATED: We wrote a blog at the end of January on new research that says being cold is a ‘cheap way to get slim’. Read it here.

It doesn’t matter when, where or what you’re doing, standing up burns an extra 42 calories an hour. Standing makes your heart beat faster, meaning that you need more oxygen. This cranks up your fast burning enzymes and metabolism.

This is why standing desks, which enable you to stand up while you work, are becoming increasingly popular.

But if that’s not an option, there are lots of opportunities to incorporate standing into your day instead of sitting. Stand in front of the mirror while you put your makeup on in the morning, or spend five minutes flicking through the paper while you wait for the kettle to boil. Stand up while waiting for doctor or dentist appointments, while waiting for your plane to board, talking on the phone or browsing the internet.

“Standing for three to four hours a day helps burn up to 30,000 extra calories a year,” says Dr John Buckley, who led the study into the benefits of standing at Chester University. “It’s the equivalent of running 10 marathons a year.”

Yes, it’s obvious that you’ll burn more calories by moving around more, but that’s what we’re trying to avoid right? But many people don’t realise that constant moving such as fidgeting or twitching counts too!

“Children are often told to stop fidgeting but adults need to do it more,” says Dr James Levine, author of Move A Little, Lose A Lot. He says it’s the calories we burn when not exercising that really matter.

Start by wiggling your toes under your desk, tapping your feet to the music on the radio, walking over to the TV to change the channel, whipping the vacuum around each day rather than once a week or just fold your washing.

All these tiny changes can make a real difference.

“Eat your breakfast within an hour of waking up,” says Dr Glenville. “Your body needs that cue to fire up your metabolism. If no food appears, your body will worry about how to fuel the day’s activity and turn all calorie-burning activity to a low setting.”

The best metabolism-boosting breakfasts include protein and carbohydrates. A lean bacon sandwich or scrambled eggs with soldiers are winning combinations.

Coffee drinkers have metabolisms that an average of 16% higher than those who choose decaf, according to a study in American magazine Physiology & Behaviour. This is because caffeine boosts the heart rate, but only temporarily.

It’s the caffeine that you need, not a lot of milk or sugary syrup, so aim for a filter coffee or an espresso rather than a full fat latte. If you don’t like coffee, try green tea. As well as caffeine it includes an antioxidant that acts as a metabolism booster.

Forget wrestling with the rowing machine for 10 minutes, you can burn the same amount of calories by laughing 100 times.

A study in the International Journal Of Obesity showed that laughing boosts the metabolism by up to 20%, and just 15 minutes of giggling a day is enough to burn 280 calories a week. That’s up to 4lb of fat a year! Laughter helps exercise your heart too so it’s a win-win situation.

Watch someone else work out

You know when you get that heart-thumping feeling watching an Olympic snowboarder win gold, or when the heroine in a scary movie finally runs faster than the zombie behind her? That is your body gearing up for action. Watching someone else give it their all can boost your own metabolism.

“Our body has a built-in fight or flight response,” says health expert Rachael Woolston (fitbitchbootcamp.com). “One of the triggers is feeling anxious or scared. Hormones are released to ready your body for action and your metabolism fires up as your heart rate and breathing increase.”

We know that an average spinning class can burn up to 700 calories, and an hour’s vigorous hula-hooping will use up 600 calories, but what about the days when you simply don’t have time to go to the gym (or just can’t be bothered)? Here are some everyday activities that burn more calories than you think.