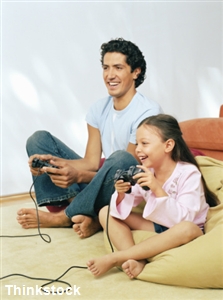 People trying to prevent their children from becoming overweight should stop them from watching too much TV, playing lots of video games and using the internet very frequently, a study has suggested.

The University of Montreal and the Sainte-Justine Hospital Research Center evaluated 744 teenagers, recording their screen time and their level of physical activity.

Results of the five-year study have been published in the American Journal of Epidemiology.

"Our findings show that youth are at greater risk of increased body fat if screen use increases through high school," said the study's lead author Tracie Barnett.

She went on to say that one possible reason for this trend is that teens who increase their screen time have a reduced involvement in more active pursuits.

For those who are already overweight, shedding a few pounds is extremely important, another recent study has suggested.

Scientists from Tufts University, the University of California-Davis and Oregon Health and Sciences Center found that morbidly obese women who lose a significant amount of weight reduce their risk of developing heart disease.

Do you limit your children's screen time?