Check out Vicky Pattison’s before and after pictures of her post-Geordie Shore diet weight loss as she drops from a size 16 to a tiny size 8! 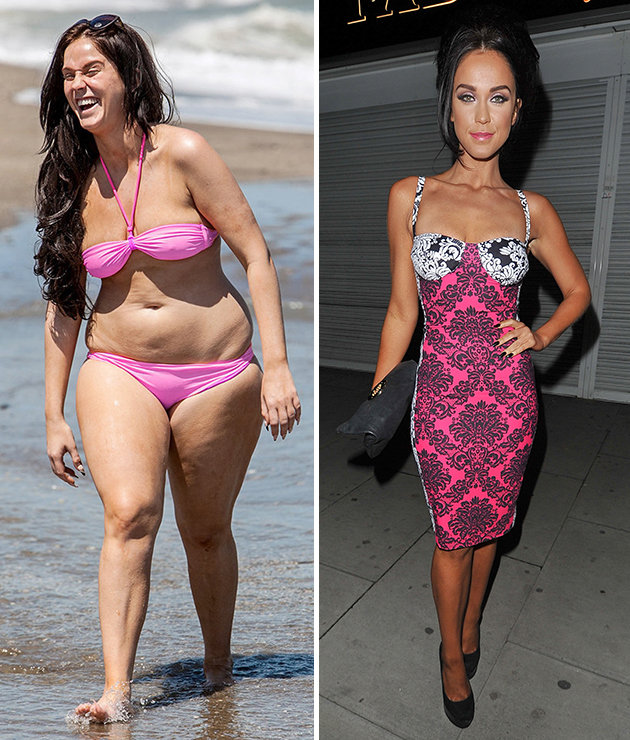 Just a few months ago we saw photos of Vicky looking curvier than usual in a bikini on holiday.

But now the 26 year old has dropped from a size 16 to a tiny size 8 in a matter of months after starting a strict diet and exercise regime, and she’s now looking slimmer than ever .

Speaking to Now magazine, she said: “I had no idea it had gotten that bad. I was about a size 16 [in the bikini pictures] but I still thought I was a 10. It was like reverse body dysmorphia.”

Vicky said she was devastated after seeing the photos of herself. She added: “It was horrendous, mortifying and heartbreaking. It was the lowest I’ve ever felt. It was a week after the photos had been released of Ricci with those girls. I didn’t recognise myself – I was convinced they’d been doctored.”

But instead of reaching for the comfort food as she did after her split from ex-boyfriend Ricci, Vicky got stuck into a new diet plan and “the weight started dropping off”. 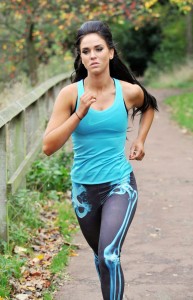 She said: “I got a personal trainer and sorted my diet out. Revenge is a dish best served skinny! … I haven’t cut out any one thing – I’ve just become more sensible. I don’t eat white bread or pre-packed sandwiches. I have plenty of veg, but not so much fruit because it’s full of natural sugar. I eat sweet potatoes instead of white ones.”

Vicky says she won’t stop until she weighs 8 stone (she’s currently 9 stone) and is set to release a weight loss DVD, using high interval training as her method.

She added: “In the three months it’s taken me to lose weight, I’ve been exercising six or seven times a week. I’ve been doing it in short, intense bursts, rather than massive long workouts.”

But she won’t be keeping tabs on herself at Christmas, insisting she’ll be tucking into the mince pies and mulled wine. She admitted: “My Christmas will be filled with mulled wine and Quality Street. I don’t want to deprive myself, but I don’t want to undo all the hard work either.”

Read the full interview and see Vicky’s photoshoot in this week’s Now magazine, out now.