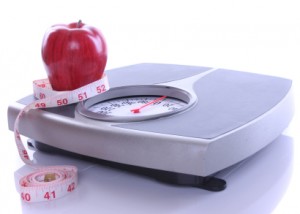 Have you ever wondered why some days all you feel like doing is snacking, yet on other days you don’t feel the slightest bit hungry?

Usually we feel hungry when we have burnt up the food we have eaten as energy and our blood sugar and insulin levels begin to drop. Ghrelin, a hormone connected to appetite, then communicates this to the brain, which is how we feel the need to eat.

But all sorts of things can interfere with this process. Earlier this month, researchers from Aberdeen University revealed that brain cells vital to regulating appetite slow down as we age, leading to middle-aged spread.

This is because it takes us longer to feel full, so we eat more than we should and as a result of this our weight creeps up, usually at a rate of about 1lb a year.

What else contributes towards how hungry we feel?

Here, with the help of experts, we look at what could be influencing our appetite without us so much as looking at a  slice of cake…

Everyone feels a bit more hungry when they are tired, but the effects are more profound for women.

According to a 2011 study by researchers at Columbia University in the U.S., those who are sleep-deprived eat as many as 300 calories a day more than those who get enough shut eye.

This is because levels of the hormone ghrelin, which tells the brain we need to eat, increase when we don’t get enough sleep, so we are more hungry than usual.

‘It seems that the body especially craves carbohydrates and sugars such as bread and cake, which are energy-giving foods.’

If you tend to rush your mealtimes, it could make you hungrier.

This type of eating routine tends to make us eat more than we usually would as there isn’t enough time for signals that tell us when we are full to kick in.

Fluctuations in levels of the hormone progesterone in the lead-up to the menopause can make women feel the need to eat more.

‘Levels of progesterone vary in the perimenopause – the two to five years leading up to the menopause – and this seems to affect appetite,’ says Leila Hannah, a gynaecologist at Queen Mary’s Hospital, Sidcup. 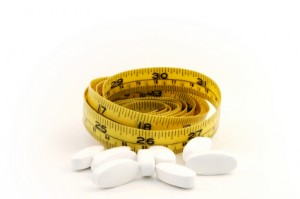 It’s common for people to go off their food when their mood is low, as sufferers become so overwhelmed by feelings of depression that they lose interest in a lot of things including food.

However, taking antidepressants, and more so those containing the drug mirtazapine, for reasons that are not clear, can increase the feeling of hunger.

Antihistamines, given for allergies and taken by many for hay fever, also affect the hypothalamus and therefore increase our appetite, though this tends to be if taken for a period of time, rather than happening after a single dose.

There is no easy way to combat the problem if your medication is making you hungry, but simply being aware that this may happen can help you count the calories.

Politicians may talk about tightening our belts during lean times but hearing about economic hardship on the news actually makes us want to eat more, according to scientists at the University of Miami.

In a 2013 study, it was found that people who were expecting  ‘tough times ahead’ ate more food when they were told it was high in calories than people who weren’t
When the bad news group was given the same food but told it was low-calorie, they ate 25 per cent less.

Tempted by that extra biscuit? Then just enjoy it

Tempted by that extra biscuit? Then just enjoy it, researchers have found that when you feel guilty about a pleasurable experience, the guilt itself becomes pleasurable, therefore encouraging you to do it more often.

The bright blue light emitted by devices such as smartphones and tablets may give an unwelcome boost to your appetite.

Research this year found that exposure to the light increases hunger levels for several hours, regardless of whether you have just eaten or not.

…And the things that can kill your appetite

Eggs are a particularly dense form of protein, which is why you feel fuller for longer.
Up market eateries
Adding softer lighting and mellow music in restaurants can decrease the amount that diners eat, according to  U.S. research. People ate nearly 20 per cent fewer calories and were more satisfied with the quality of the food when they ate in a ‘fine dining’ eatery.

In another study this year, Cornell researchers found that people who paid more money found their meal more satisfying than diners who had the same food but paid half as much.

The colour of your crockery 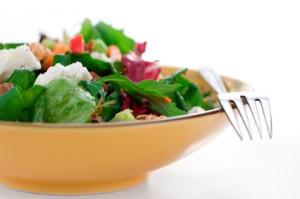 Dieters should eat from red plates, as this colour can actually make you feel less hungry, according to research by scientists at the University of Parma, in Italy.

Researchers suggest that this is because we generally associate the colour red with stopping and caution (for example, traffic lights). This subconsciously encourages us to eat less if our food is on red dishes.

How do you like your eggs in the morning?

Eggs are a particularly dense form of protein, says independent food scientist and nutritionist Dr Sam Christie, ‘which is why you feel fuller for longer after eating them’.

Even the common cold can make you lose your appetite, a bunged-up nose can make food seem less appetising, as 75 per cent of what we think is taste is actually smell.