TOWIE's Gemma Collins: "As long as I've got my Spanx on, I don't care!" - Slimming Solutions

TOWIE’s Gemma Collins: “As long as I’ve got my Spanx on, I don’t care!” 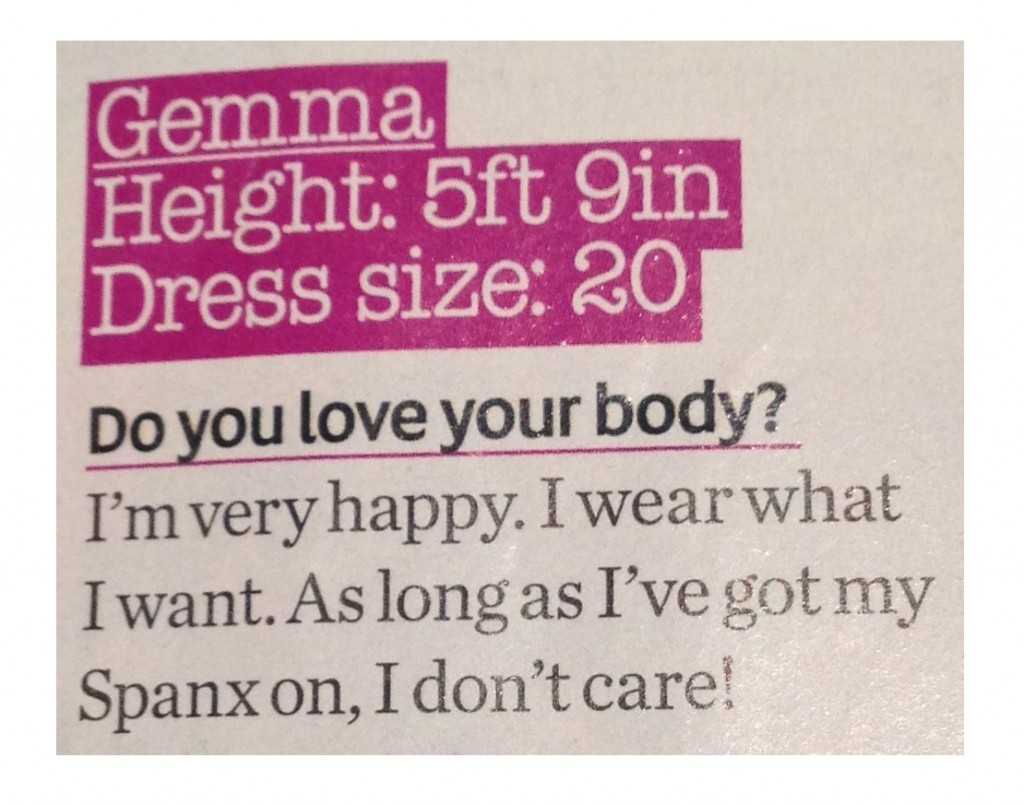 TOWIE star dominates the headlines in 2014

TOWIE’s Gemma Collins has been hitting the headlines repeatedly this year already; calling off her engagement to fiancé Rami Hawash after just four weeks, being eliminated on ITV show Splash! despite winning over the nation, and unveiling her own range of plus-size dresses for her fashion range.

Since its launch in July 2012, the star’s ‘Gemma Collins’ Collection’ has gone from strength to strength, and she even scooped the Best Designer at the British Plus-Size Fashion Awards in 2013.

And while Gemma shows Rami what he’s missing in her flirty and flattering range of Valentine’s Day dresses, there’s still one thing she can’t live without…

Gemma featured on Now magazine‘s cover along with Chanelle Hayes and Ferne McCann in January under the headline ‘Screw the diet!’. The TV stars talked about body confidence and feeling gorgeous at any size. During the shoot, Gemma Collins revealed:

And this isn’t the first time Gemma has been vocal about her love for Spanx. Back in 2012, the internet was flooded with photos of Gemma flashing her ‘miracle pants’ while on the TOWIE set. And then again in 2013, when she told Closer magazine:

“I actually never leave the house not in them! I’ve tested all the brands and can honestly say Spanx is the best, it’s the only brand I’ll stock in my shop, but M&S comes a good second. Truthfully, it’s devastating the effect the wrong underwear can do to how big girls look. Women come in the shop and its the first thing I get them to try on, the difference to how they look and feel is amazing. Every woman has their down days but if you have those Spanx on you can take on the world, literally!”

Get your slimming shapewear from Slimming Solutions

We keep a large stock of the celeb’s favourite secret, which include Spanx Power Panties, Spanx bodysuits, Spanx Control Pants and the Spanx Body Shaper.

So what are you waiting for? We’re the best Spanx online seller in the UK! Check out the full range of Spanx right here on our website.

And if Spanx isn’t quite right for your budget, we also stock shapewear and slimming underwear by Trinny & Susannah, Pelham & Strutt, and No-Mi.