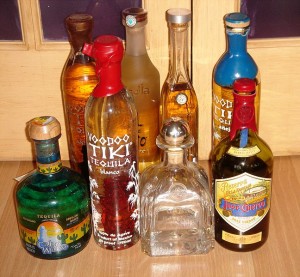 We would never usually promote drinking alcohol on a diet, and tequila doesn’t really suggest a ‘quiet night out’ when you’re trying to be good. But new research suggests that knocking back shots of tequila might actually be good for you. Seriously.

Tequila is made using natural sugars from the agave plant, which are called agavins. The research has shown that these can actually lower blood glucose levels – and therefore helping with weight loss and diabetes.

The study involved two sets of mice, who were both fed the same typical diet, but agavins were added to the water supply of one of the groups.

The results showed that the mice who consumed agavins had lower blood sugar levels and ate less food.

The study suggests that agavins, if used as a sweetener or supplement, could help people trying to lose weight, or who are suffering from diabetes.

Get the drinks in

However, until an official sweetener or supplement product hits the market (we promise to let you know when), you’ll just have to get your agavins the old fashioned way – with salt and a lime, or mixed in a margarita. (Take it easy though – each shot has about 70 calories, while a margarita will set you back around 550 calories.)

WARNING: it’s only fair that we warn you of the side effects, which may include: bad decisions, terrible hangovers, and a general loss of dignity.