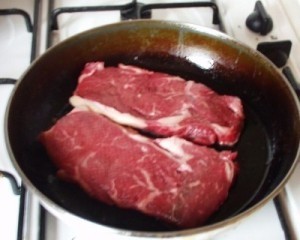 Although the Dukan Diet has been popular in France for well over a decade, it has only recently come to prominence in the UK as an alternative to many of the other famous diet plans.

The method was first developed by the nutritionist and dietician Pierre Dukan as a way to lose weight and, more importantly, keep it off – one of the main problems encountered by people on a diet.

His book Je ne sais pas maigrir (I don’t know how to get slimmer), retiled The Dukan Diet, was published in the UK in May 2010 and has since gone on to become arguably the most popular diet plan since Atkins burst onto the scene.

The diet itself comprises four key stages – attack, cruise, consolidation and stabilisation – which are followed according to the person’s own goals and their individual body type and circumstances.

According to Dukan, the aim of the diet is to enable people to lose weight and then maintain a healthy weight for the rest of their lives, but this is dependent on them strictly adhering to the rules, at least in the initial stages.

Dukan do it – the attack phase

The attack phase is targeted at people looking for immediate results and those with high levels of motivation.

It involves structuring a diet around the consumption of 72 high-protein foods that can be consumed in unlimited quantities, and almost nothing else, save for spices, herbs, vinegars and virtually fat free dairy items such as skim milk, cottage cheese and Greek yoghurt.

The vast majority of red and white meats and fish can be eaten, ranging from steak, veal and chicken to haddock, cod and seabass, though any fat or rind must be cut off the meat.

Another important element of the attack phase is the daily consumption of 1.5 tablespoons of oat bran each day, which Pierre Dukan says is vital to the success of the plan.

During this stage in the Dukan Diet process, people must also drink at least 1.5 litres of water a day to flush out their system, while also doing a minimum 25 minutes of walking each day, as exercise complements the food consumption.

During the attack phase, these elements combine to kick-start the metabolism and it is estimated that people can rapidly lose between 4 and 7 lbs in the space of a week.

Dukan play at that game – the cruise phase

The next stage of the diet, known as the cruise phase, is intended to help people continue to lose weight, but at a more gradual pace, and sees the reintroduction of certain foods to the diet, including vegetables.

Although starchy foods such as potato and sweet potato are still off limits, as well as pulses, due to their carbohydrate content, people can eat greens such as broccoli, cabbages and spinach.

Tomato, cucumber and lettuce are also OK to eat, though fruit is still off limits, due to its high natural sugar content.

In the cruise phase, people now have 100 foods to choose from, but must also stick to the same additional principles of the attacks stage – 1.5 litres of water a day, 1.5 tablespoons of oat bran, and at least 25 minutes of moderate exercise.

It is estimated that people in this phase will lose around 2 lbs of weight per week, but this is based on their personal conditions and them sticking closely to the plan.

Dukan get it if you really want – the consolidation phase

Once a person’s weight loss target is approaching, they move onto the third stage of the diet – the consolidation phase

This is designed to prevent any significant future weight gain and ensure that people’s hard work has not been for nought. Better still, even more foods are reintroduced.

It is calculated that, for every pound a person has lost, they need to spend five days in the consolidation phases, so six pounds would equate to a month in phase three.

During this stage, people can eat one portion of fruit a day, except for bananas, cherries and dried fruit, while they can also consumer two pieces of wholegrain bread at any time of the day.

Furthermore, a maximum of 40 grams of cheese can be consumed each day, though not camembert, Roquefort or goat’s cheese, while people can also have two starchy products a week including wholegrain pasta and pulses, but discounting potatoes and white rice.

The consolidation phase also sees the introduction of ‘celebration meals’, which can comprise of absolutely any food, but must be eaten more than 24 hours apart.

Finally, one day of the week must be dedicated as a pure protein day, which is harking back to the attack phase, while the same rules regarding water, oat bran and exercise still apply every day.

Dukan have it all – the stabilisation phase

The final part of the Dukan Diet – the stabilisation phase – is designed for people to follow for the rest of their lives in order to keep the weight off, and pretty much involves getting back to normal, with a couple of exceptions.

People must still dedicate one day a week to eating solely protein, 1.5 tablespoons of oat bran need to be consumed every day and the individual also has to make a commitment to do as much exercise as they can, where possible.

This can range from a brisk lunchtime walk to always taking the stairs, but activity is required for people to remain at their goal weight.

Anything Dukan do, I can do better – the alternatives

Though the Dukan Diet has risen to prominence in recent years, it is not the only plan of its type that is popular, with some high-profile alternatives.

The Atkins diet was lauded as miracle diet last decade, focusing on high fat consumption, moderate protein and oil intake to replace carbohydrates and the elimination of calorie counting, though Pierre Dukan claimed that his method was nationally more effective.

The ketogenic diet is a high-fat, medium-protein, low-carbohydrate and is designed to force the body to burn fats rather than carbohydrates, but has been used for scientific purposes more than anything else, as studies suggest it could help to control epilepsy.

Finally, the cabbage soup diet, which involves the consumption of nothing else for a week in order to lose weight quickly, was advocated by some celebrities in the noughties but dismissed by experts as fad that not only had questionable effectiveness, but failed to provide people with necessary nutrients.

Dukan have too much of a good thing

As with any weight loss regimen, the success of the Dukan Diet is a case of determining what is best suited to a person’s own goals and future intentions, as well as tailoring the plan to their body type and metabolism.

Whereas celebrities such as Jennifer Lopez and Gisele Bundchen have reportedly followed the Dukan Diet, and even Kate Middleton and her mother Carole, it is a case of deciding what is best for you.