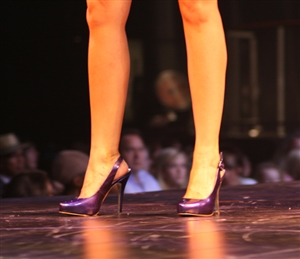 A teenager who was bullied at school about her weight has made it to the finals of a national modelling competition.

Emily Cooper, from Maxey, near Peterborough used to be picked on by groups of girls who called her “fat and ugly” and nicknamed her “cankles”, claiming she had chubby ankles.

The 19-year-old is now a healthy size 12 and is looking forwards to competing in the final of the Miss Natural Curves UK contest on April 24th.

“I am feeling a mix of excitement and nerves. I’m really looking forward to taking part in a competition that shows you don’t need to be stick thin to be beautiful,” the brunette told the Peterborough Evening Telegraph.

She went on to explain that she will have to show off her curves in a bikini, an evening gown and casual clothes.

Last month, it was reported that Ann Adams, a teacher from Leeds, had lost over ten stone through a strict dieting regime including special foods and treatments.

What is your biggest motivation to lose weight?