Teen loses 4st 4lbs and keeps it off - Slimming Solutions

Teen loses 4st 4lbs and keeps it off 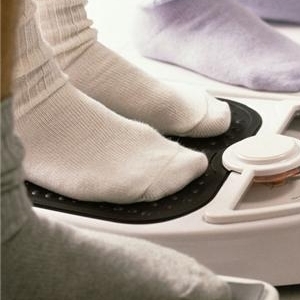 A teenager who became fed up of being overweight managed to lose 4st 4lbs and has kept it off.

Meagan Blanchette, of Coventry in Rhode Island, US, lost the excess weight in a year and a half, USA Today reports.

She is now 16 and her success has earned her a place on the Adolescent Weight Control Registry, which is a new research project.

The registry will compile data from people aged 14 to 20 who have lost at least ten pounds and kept it off for one year.

Elissa Jelalian, a co-founder of the adolescent registry and an associate professor of psychiatry and human behaviour at Brown University, said: "We want to recognise the success of these adolescents and help others learn from their experiences."

Meagan told the news provider that she has kept the weight off by eating healthily, going to the gym and dancing regularly.

Figures obtained recently by the BBC have revealed that more people in Bristol are opting for a less traditional method of losing weight – surgery.

It found that 100 people had gastric band or stomach stapling surgery at Southmead Hospital in 2009, compared to just 31 in 2006.

What methods are you using to try and lose weight?