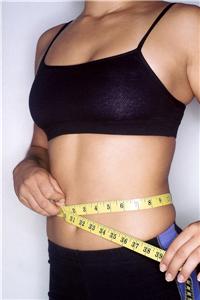 A teacher from Leeds lost over ten stone after choosing an expensive weight loss programme over a new car.

Ann Adams, who now fits into a size ten, dropped from 20st 13lbs to 10st 10lbs on a diet and special weight loss treatments that kept her metabolism running quickly.

The 52-year old said that she had probably spent around £10,000 on losing the weight and that she had had to sacrifice buying a new car in order to be able to afford this.

“It has worked out at about £250 a week in special foods and treatments but it’s been worth it. I’m more than happy to be driving an old car,” Ms Adams said.

The mother-of two told the Yorkshire Post that she lost 16lbs in the first week of the Alizonne diet and lost the rest steadily after that.

Those who don’t have the cash to spend on such weight loss methods but are eager to shed a few pounds might want to simply swap big plates for smaller plates.

The NHS’s Change4Life recommends this as a good way of cutting down caloric intake as it reduces portion size but can trick the brain into believing there is more food on the plate as it looks fuller.

Would you consider spending that amount of cash if it guaranteed you would lose weight?