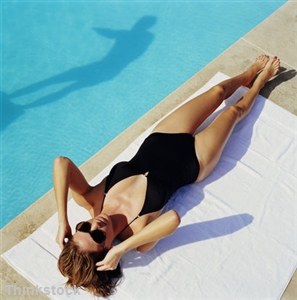 Those looking to lose weight quickly should put on their swimming costumes and head down to the local pool at least four times a week, an expert has claimed.

He has devised a water-based workout that will help fat to drop off if done for 30 to 45 minutes at a time, four or five times a week.

“You may not even have to diet. You should drop at least a couple of pounds per week,” he added.

He recommends beginners start by treading water for three minutes, then stretching their muscles on a mat next to the pool.

They should then swim ten 50-metre lengths, resting for 30 to 45 seconds after each lap.

“Beginners should try to add 100 or 200 metres every week,” Mr Smith told the magazine.

Earlier this week, a national survey conducted by YouGov on the behalf of Slimming World found that 73 per cent of women dread the thought of donning their swimming costumes in public.

When was the last time you went swimming?