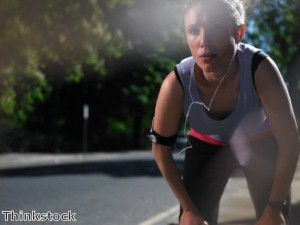 Britons trying to lose weight fast through outdoor exercise have been reminded to make sure motorists can see them at night in order to avoid injury.

The Department for Transport states that November is the most dangerous months of the year for pedestrians, with 2,631 killed or hurt on the roads in 2010.

Admiral said it has discovered that some people might be risking their safety, with many not putting on reflective clothing and others unable the hear traffic because of mp3 players.

Spokesperson Sue Longthorn said: "With fewer hours of daylight, it's harder for motorists to see pedestrians as it is, but even more so if the pedestrians don't take precautions to make themselves more visible."

Anyone running or cycling in the dark is urged to check carefully when crossing roads, wear reflective or bright clothing and turn music players off or right down.

Do you need to up your safety ante?