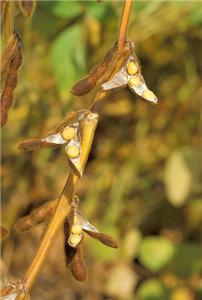 Women who suffer from premenstrual syndrome (PMS) can reduce their symptoms through altering their diets slightly.

PMS can be caused by hormone imbalances but these can be treated through adding phytoestrogens to a diet, according to Higher Nature.

Phytoestrogens can be found in soya, lentils, chickpeas and kidney beans, all of which help to remove excess oestrogen from the body.

The magazine went on to say that the nutrients that help to support optimum hormone balance include vitamion B6, zinc and magnesium.

It explained that vitamin B6 cannot be synthesised in the body, so it has to be obtained from food or diet supplements.

According to the NHS, nearly all women of child-bearing age have some premenstrual symptoms, but those between their late 20s and early 40s are most likely to experience PMS.

It explained that symptoms occur in the two weeks before a woman’s monthly period and can include fluid retention, breast tenderness, mood swings, feeling irritable and a loss of interest in sex.

Many women find it difficult sticking to their diet during their period, what about you?