Small dietary changes 'can save thousands of lives' - Slimming Solutions

Small dietary changes ‘can save thousands of lives’ 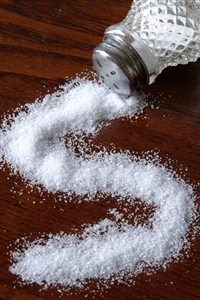 Small changes to food consumption could improve health and save thousands of lives, a study has revealed.

Researchers form Liverpool and Oxford universities claim that around 20,000 could be saved each year in the UK if people reduced the amount of salt in their diets by just one gram a day, ate an extra piece of fruit and consumed less saturated fat.

“There would be 8,335 fewer coronary heart disease deaths among men and 6,480 among women,” a report from the researchers said.

This could convince those contemplating a complete overhaul of their diet in order to achieve weight loss and improve their health to think again and just make these small but important changes.

Earlier this month, actress Kirstie Alley revealed that she had lost 1st 6lbs through a programme of healthy eating, avoiding foods that were grown using pesticides and chemicals and opting for organic produce instead.

Do you think you could implement the three recommended changes in your diet?