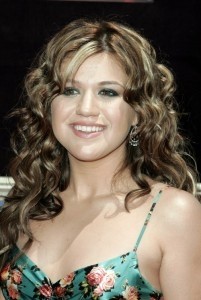 Former American Idol winner Kelly Clarkson has revealed that her recent weight loss was all down to making small changes, and that this has put a smile on her face.

The 30-year-old shot to global fame in 2002 when she won the first ever series of the hit reality show and since then has racked up hits on both sides of the Atlantic, but at the same time put on weight as the touring schedule took its toll.

According to the singer, she made the decision to trim down after seeing footage of herself on VH1 Divas Celebrates Soul, and noted that it was all about making minor adjustments.

“There’s no secret! It’s just trying to eat a little better and work out a little more. But no matter what size I am I love performing no matter how big or little I am! I feel good,” she added.

Clarkson has also recently altered her image by going for a blonde bob and said that the combination of that, her weight loss and her boyfriend Brandon Blackstock has meant she is currently as happy as she has ever been.

Do you find small changes can make a big difference?