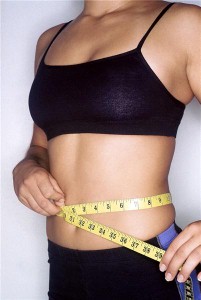 If you’ve tried all sorts of diets, pills and potions with the aim of losing weight, but to no avail, then a new product has come onto the market that may finally help you to shed those excess pounds you’ve been dying to get rid of.

The Dr Rechell Slim & Go slimming belt has just been launched at SlimmingSolutions.co.uk and promises to burn fat.

It contains a combination of active compounds including caffeine, dimethyl adipate, dimethyl succinate and coprah oil.

Caffeine burns fat that is stored just under the skin – also known as cellulite! It has a tightening effect, causing the fat to melt away.

Dimethyl adipate and dimethyl succinate are excellent at softening and moisturising the skin, leaving your newly-svelte figure smooth to the touch.

These ingredients also enhance the passage of caffeine to its target – those pesky fat deposits.

Coprah oil is a type of vegetable oil that also helps to soften and moisturise the skin while preparing it for the action of the caffeine.

How to use the Slim & Go slimming belt

The Slim & Go slimming belt, which is available in two different colours – black and white, comes in a plastic bag to ensure it is fresh when you first pop it on.

When the belt’s active disks are placed against your skin, caffeine and the other ingredients are diffused immediately.

For maximum results, you should wear your slimming belt for at least eight hours every day for a month, even when you’re taking part in exercise.

The belt costs just £35, is available in three different sizes – XS, S/M and L/XL – and lasts for around 30 washes.

The XS belt is advised for those with a waist size of less than 27 in, the S/M is for those who have a waist measurement of 27-39 in, but if your waist is bigger than 39 in, the L-XL is the size for you.

What’s so good about caffeine?

Caffeine features a lot in various different slimming pills and in the diets of those trying to lose weight fast, as it can help to burn fat, but this is not its only benefit.

Back in 2007, researchers from the University of Georgia (UGA) revealed that caffeine can help to reduce the soreness that people feel in their muscles after exercise.

Lead author Victor Maridakis, a researcher in the department of kinesiology at the UGA College of Education, suggested that this could help people who have just embarked on a new weight-loss-geared exercise regime to persevere.

“If you can use caffeine to reduce the pain, it may make it easier to transition from that first week into a much longer exercise programme,” he said.

The researchers claimed that caffeine, when consumed before a workout, can reduce muscle pain more effectively than aspirin or ibuprofen.

A year later, researchers from the University of North Dakota School of Medicine and Health Sciences revealed that a daily dose of caffeine could help to prevent the onset of Alzheimer’s disease.

The stimulant helps to protect the blood-brain barrier from damage that occurs when a high-fat diet is followed.

Scientists believe that this damage increases the likelihood of Alzheimer’s and other neurological disorders from developing.

On top of all of this, if you work shifts or nights, caffeine could help you to make fewer errors, according to researchers from the Cochrane Collaboration.

So with caffeine’s many proven benefits, why not get your hands on the new Slim & Go slimming belt – what are you waiting for?!