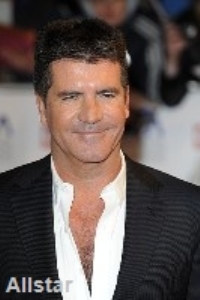 It appears that Simon Cowell has fallen off the diet wagon as he’s been papped scoffing down a pizza during an al fresco dinner.

The X Factor judge had reportedly embarked on a healthy eating plan in an attempt to lose weight before his impending nuptials.

But the recent photographs of the star show him tucking into cheese-riddled and carb-packed food at the Tra Di Noi Restaurant in Malibu with his mum and another elderly relative, thought to be his aunt.

Cowell is engaged to make-up artist Mezghan Hussainy and, according to his brother in an interview with Real Radio, he is planning to tie the knot in four separate ceremonies – in the UK, LA, Barbados and Hollywood.

It is rumoured that the 50-year-old had been sticking to a protein-rich diet, which is recommended by the latest weight loss craze – the Dukan Diet – as a great way of achieving quick weight loss.

Do you find it difficult to resist pizza?