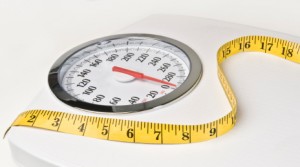 After shedding an incredible 10st 9lbs since having gastric-band surgery two years ago Tina Malone is beyond proud of her dramatic weight loss. The shameless star who currently weighs 8½st decided to have the band fitted after a routine check-up which revealed she was 9st overweight. However the actress isn’t happy with what her slimming has left behind – handfuls of unwanted saggy skin.

Tina- who stripped down to her swimsuit recently to appear in ITV reality show Splash, says: “I’m not graceful when it comes to jumping in the water. When I was bigger, I worried about being too close to the pool and being harpooned because I look like a whale. I am feeling better about my looks now but I’m not totally body confident. I looked like Jabba the Hutt before so you can only imagine how much skin they need to remove!”

Tina explains “I eat porridge everyday and foods like mashed potato, white fish and spinach go down a treat. But you have to think about what you can’t eat – no steak, bacon, beef or sausage as your stomach just can’t digest red meat after having a gastric band. Tina is adamant she will never return to her larger days when she tipped the scales at 19st 2lbs and a size 26. Before having the band fitted, Tina, who says she’s always been big, got into the habit of overeating and would eat bags and bags of crisps and chocolate in one sitting. Now the eccentric TV star reveals: “I’d prefer to be hungry but in Selfridges trying on clothes, rather than being fat and unable to walk. I’ve gone down from a size 26 to an 8-10.

That’s nearly nine dress sizes – you’d have to kill me first to get this gastric band off! I’ll never go back to hippo Tina again.”

Would you ever consider surgery to drop a dress size?