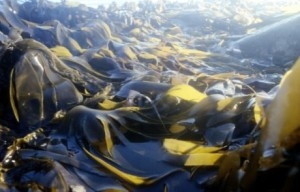 Seaweed reduces fat uptake by more than 75 per cent, according to a recent study, which means it could be a great help to those attempting to lose weight fast.

Researchers at Newcastle University found that Alginate – a natural fibre found in sea kelp – stops the body from absorbing fat.

The team is now attempting to add seaweed fibre to bread in an attempt to develop a food that helps people to lose weight while they eat.

Team leader Dr Iain Brownlee explained what the research suggests: “If we can add the natural fibre to products commonly eaten daily, up to three quarters of the fat contained in that meal could simply pass through the body.”

He said that foods such as bread, biscuits and yoghurts could possibly be made to contain the fibre.

A diet that includes such tasty everyday foods would be a darn sight more enjoyable than the diet actress Amanda Seyfried admitted to being on.

She told Esquire magazine recently that she was on a raw food diet.

“It’s intense. And sort of awful,” she said.

Have you ever tried seaweed? If so, what did you think?