Seaweed could be the secret ingredient for losing weight - Slimming Solutions

Seaweed could be the secret ingredient for losing weight 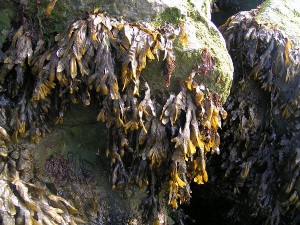 Scientists at Newcastle University have confirmed that a compound found in common seaweed can actually stop fat being absorbed by the body. Tests showed that ‘alginate’, which is found in sea kelp, can suppress fat being digested in the gut.

The findings, published in the industry journal Food Chemistry, showed that a four-fold increase in alginate boosted anti-fat absorption by 75%.

At your first impression of eating seaweed, it probably doesn’t seem very appetising; but the natural fibre found in kelp which stops the body absorbing fat could be appealing to people who are trying to lose weight.

The scientists said tests on alginate extracted from the seaweed showed that it could reduce the amount of fat absorbed by the body.

They used it in bread during trials and found even a small amount reduced people’s fat intake by a third. Now they hope to start full clinical trials.

Lead scientist Prof Jeff Pearson, from Newcastle University’s Institute for Cell and Molecular Biosciences, said: “We’ve already added alginate to bread and initial taste tests have been extremely encouraging. Now the next step is to carry out clinical trials to find out how effective they are when eaten as part of a normal diet.”

Researchers investigated the ability of alginate to reduce fat break-down by a digestive enzyme, pancreatic lipase. Blocking the action of the enzyme resulted in lower amounts of fat being absorbed by the body.

While they said this could help fight obesity, dieticians point out the best way to avoid absorbing too much fat is to cut the amount eaten in the first place. 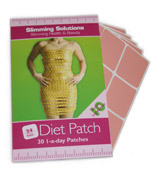 Fucus vesiculosis is a species of seaweed that is used to treat a range of medical conditions. It is commonly known as bladderwrack. The natural sea plant extract has been used for hundreds of years worldwide, and is often used in herbal medical treatments and weight loss products.

It is the main ingredient in our best selling slimming patch – The Diet Patch – 30 days for just £24.95.

Get The Diet Patch from Slimming Solutions here.

Kelp is one of the ingredients in our T5 Extreme fat burner supplement. Get T5 Extreme from Slimming Solutions here.