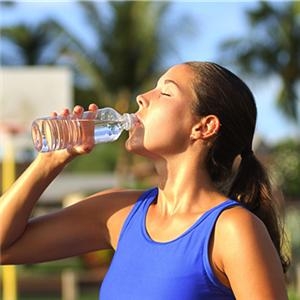 The success of water as a weight loss product has been proven in a clinical trial conducted by scientists in America.

Dr Brenda Davy, senior author on the study and professor at Virginia Tech University, explained that previous research had shown that middle-aged and older people who drank two cups of water before eating a meal consumed between 75 and 90 fewer calories.

“In this recent study, we found that over the course of 12 weeks, dieters who drank water before meals three times per day lost about five pounds more than dieters who did not increase their water intake,” she added.

The British Nutrition Foundation advises people to drink around 1.2 litres of water a day, which is equivalent to between six and eight glasses.

Drinking less than this can lead to headaches, fatigue and feeling physically and mentally sluggish.