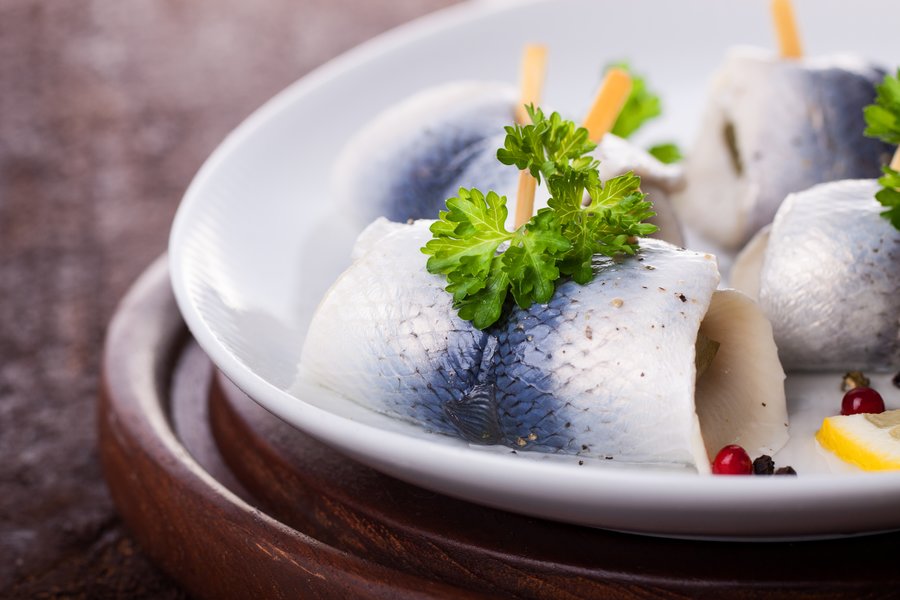 Pickled herring and rye bread – not your typical diet! But new research says it could be the key to keeping those pounds off. Here’s how you can try it, and like it…

Ever wondered what’s the secret behind the fab figures of Helena Christensen, Mariella Fostrup and Ulrika Jonsson? According to the latest diet science, it might be their Nordic background.

Traditional foods from the Nordic countries – Sweden, Norway, Denmark and Finland – could be just as good for slimmers as the famous Mediterranean diet.

Scandinavians have long had one of the lowest obesity rates in Europe. And nutritionists now believe that the natural goodness of their local fare – foods such as low-fat dairy, cod, red meat, berries and rye bread – is their secret weapon.

Add to this a culinary culture that favours smaller portions and an active lifestyle and it become clear why, as well as being slimmer, people from these countries have one of the longest life expectancies.

In fact, according to 2006 figures, Scandinavians live longer than most other nations in the world – with the average man living to 79 years and the average woman making it to 83.

The Nordic Diet is a traditional high-protein diet, but it focuses on lean red meat and fish. It’s also incredibly high in fruit and vegetables, rich in antioxidants.

According to Professor Astrup from the University of Copenhagen in Denmark: “There is increasing evidence that the fat in meat is not as unhealthy as we have been led to believe.

“The protein content of low-fat dairy products, healthy fish and lean beef is very beneficial if you want to feel full for fewer calories. To maintain a healthy body weight, these parts of the diet should not be excluded.”

In a study of 250 men and women last year, Professor Astrup found that protein’s ability to make us feel fuller for longer and speed up the metabolism meant that a high-protein diet was actually more effective in helping slimmers keep the weight off than the popular GI Diet.

As well as incorporating the right foods, the Scandinavian style of eating is also important. They eat little and often, grazing on small portions of food throughout the day.

Because it’s a social dish people pick at it slowly and often only eat until they’re full – rather than stuffing down an entire meal just because it’s sitting in front of them.

This means that they tend to consume fewer calories and fat over the course of a day.

Why: It’s full of iron and provides long-lasting energy, plus game meats like duck or venison tend to be lower in fat because the animals lived wild and had the chance to run around.

Why: White fish such as cod and haddock are low in fat and contain energy-providing B vitamins and minerals. And oily fish such as salmon and herring are rich in heart-healthy omega-3 fats, which studies show can help with weight loss. Eat at least two or three portions a week.

Why: Although olive oil is healthy, it has to be imported whereas rapeseed oil can be grown in Northern countries including the UK.

Plus the cold-pressed variety of rapeseed oil is even lower in saturated fat than olive oil and more rich in omega-3s. Use for stir-fries and salad dressings.

Why: Some people find wheat makes them feel bloated, but rye bread rarely has this effect. And, because it uses the whole grain, rye bread is packed with slow-digesting fibre and won’t cause the sharp rises in blood sugar that create food cravings.

Stock up on berries, especially blueberries

Why: Numerous studies have found that berries, a Nordic staple, are packed with vitamins and antioxidants that help prevent disease and premature ageing.

Have a daily portion of leafy green veg

Why: Brussels sprouts, cabbage and kale are all packed with B vitamins and disease-fighting antioxidants.

Why: Big meals can slow down your metabolism, while studies show grazing keeps it ticking over, meaning your body burns off calories more effectively – so fewer are stored as fat.

Other Nordic ways to stay slim

Scandinavians enjoy the great outdoors, with hiking a favourite pastime. In fact more than half exercise the recommended three to four times a week – compared to only one in five Brits.

Hiking: A great fat-burner that works every muscle in the body. Invest in Nordic hiking poles (about £15 from sports shops) and push back on them as you walk. They act as levers giving you a springy, lengthened stride, which boosts strength and stamina.

Pilates – Swedish style: This series of stretches and bends is designed to tone muscles and increase strength and flexibility. The Swedish version is simpler and requires less equipment, but both work well. Check your local paper for a class near you.

Ice-skating: A great workout that will shrink your bottom and streamline your thighs. Plus, provided you don’t attempt jumps, it’s low impact, making it better for your joints.

Saunas: Fans believe that they help sweat out toxins and reduce bloating and water retention. Alternating a sauna with a cold shower, in true Scandinavian style, can also speed up your metabolism, helping you burn calories faster.

Swedish massage: The Swedish form of massage is specifically designed to relax muscles by rubbing them in the same direction as blood flows towards the heart. This increases the oxygen in blood and releases toxins from muscles, which can help to reduce cellulite and flatten a swollen tummy.

1 Mixed fruit salad, including blueberries, with yoghurt and chopped nuts

1 Glass of cherry or blueberry juice and an omelette made with 2 eggs, chopped red pepper and spinach

1 Minestrone or fish stew or any other clear soup, wholemeal roll, apple or a handful of grapes.

1 Smoked mackerel pate on granary toast, with a low-fat yoghurt

1 Pickled herring salad with a sliced apple and boiled egg

1 Jacket potato with tuna and spring onions, no butter

1 Vension sausages (from any butcher) with mash, plus cooked cabbage

A glass of semi-skimmed milk

1 Slice of rye crispbread with tuna

A bowl of any mixed berries.