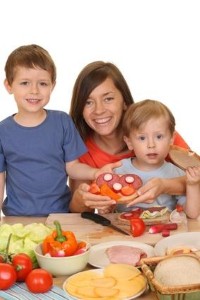 Parents are often pushed for time when it comes to certain daily tasks, but feeding the kids well could help them to avoid weight loss issues when they grow up.

That is according to Charlotte Stirling-Reed, nutrition consultant at Greatvine.com, who suggested that giving kids food with high salt content will lead to them developing a preference for unhealthy meals when they are older.

"Toddlers learn to like the foods that their parents offer them – therefore the food preferences they develop can shape eating habits in later life," she explained.

Ms Stirling-Reed added that there is too much salt being given to very young children, especially in tinned baby foods.

She made the comments in response to a recent study carried out by University of Bristol, which said that 70 per cent of eight-month-old babies currently have a higher salt intake that the UK recommended maximum, with baked beans and tinned spaghetti being the worst culprits.

Do you think you could cut down on the amount of salt your children get?