Rosie Huntington-Whiteley: I do lots of exercise to look this good - Slimming Solutions

Rosie Huntington-Whiteley: I do lots of exercise to look this good 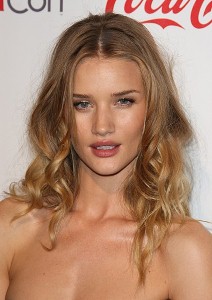 Anyone hoping to lose weight and look a bit like Rosie Huntington-Whiteley may have to make sure they do plenty of exercise.

Speaking to Grazia magazine, the actress and model explained that it takes quite a bit of hard work to look so good – and she even has personal trainers in London, New York and Los Angeles to squeeze in a workout whenever she can.

“Everything starts with exercise. Then you want to look after yourself and put good food into your body,” she remarked.

Huntington-Whiteley added that she gets a confidence boost when she sees improvements in her figure from doing lots of physical activity, something she values as she reaches her mid-20s.

Although the Transformers star did not say which kind of exercise she likes the best, you could try dancing as a way of slimming.

This was recently recommended by Glee’s Lea Michele, speaking to Harper’s Bazaar, who said she finds it a great workout.

Do you think you could keep up with Rosie’s approach to fitness?