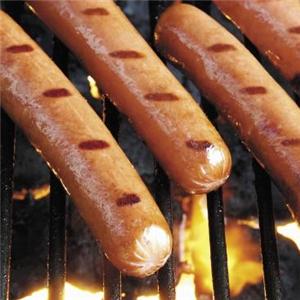 Ricky Gervais has revealed that he embarked on a healthy-eating diet after he shocked himself by eating 11 sausages in one sitting.

The comedian has lost a stone recently thanks to his fitness campaign, he explained on a webchat for MySpace.

He told the social networking site that his sausage binge took place just after Christmas: “I couldn’t stop eating them, I felt really ill, really bad and I had to lay there for a couple of hours, like a snake just trying to digest it.”

The 48-year-old said that that was the turning point and pushed him to embrace exercise and that he had “turned his life around at the last minute”.

Ricky was spotted earlier this month jogging near his home in Hampstead, north London.

Another celeb that embarked on a healthy eating and exercise campaign recently in a bid to lose weight was Charlotte Church.

The singer reportedly lost two stones of her baby weight merely by reducing her portion sizes.

What triggered your decision to lose weight?