Pregnant Kim: “I’ll do whatever it takes to keep my sexy curves” - Slimming Solutions

Pregnant Kim: “I’ll do whatever it takes to keep my sexy curves” 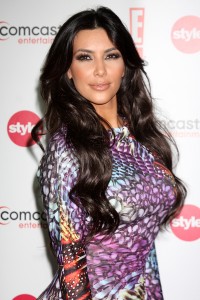 Before she fell pregnant, Kim Kardashian worked out four times a week to preserve her fabulous figure, but now the mum-to-be refuses to slow down her workouts in order to maintain her sexy curves.

The reality star is determined to continue with her dedicated exercise regime, “Kim’s adamant she won’t let her famous curves go during her pregnancy and says she’ll do ‘whatever it takes to stay in shape’. She’s being strict about her workouts and, even if she’s done a 12-hour working day, she still finds time to fit them in”, a source reveals.

The slim 32-year-old, whose baby with rapper Kanye West is due in July has been working out with celeb trainer Tracy Anderson. “She’s been doing amazing. She’s doing it with caution and she’s listening to her body – she’s not overdoing anything. She’s such a great example. I’m so proud of her”, Tracy revealed in December.

However 35-year-old Kanye has begged Kim not push herself too hard, but she doesn’t seem to be slowing down!

Do you have a pregnancy diet and exercise plan?