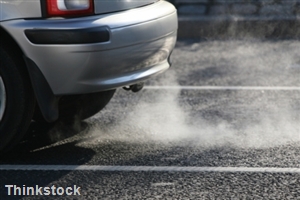 Pollution could increase a person's risk of becoming obese, a recent study has suggested.

Researchers from Ohio State University found that mice exposed to polluted air early on in their lives were more likely to go on to gain excess fat and become resistant to insulin than those exposed to clean air.

The animals exposed to the air pollution had larger fat cells and more of them in their abdominal area, as well as higher blood sugar levels. This was the case even if they ate a normal diet.

"This is one of the first, if not the first, study to show that these fine particulates directly cause inflammation and changes in fat cells, both of which increase the risk for Type 2 diabetes," said lead author of the study Qinghua Sun, an associate professor of environmental health sciences at Ohio State University.

Last week, Tam Fry, a spokesman for the National Obesity Forum, suggested that people who were already obese would be able to lose weight if the price of healthy food was not so high.

What do you think was the main contributing factor to your weight gain?