Plenty of fruit and veg ‘could cut heart disease risk’ 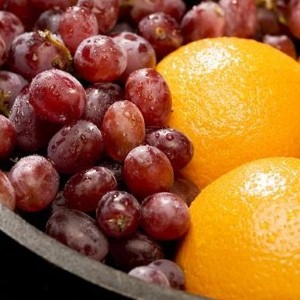 Not only could a diet full of fruit and vegetables help you to lose weight, but it could also cut your risk of suffering from heart disease.

This is according to a new study, which analysed the DNA and lifestyle habits of more than 27,000 people worldwide.

It was discovered that eating healthily acted to modify the chromosome 9p21, which causes some people to have an increased risk of suffering a myocardial infarction.

When participants consumed plenty of fresh produce, their risk was lowered to the same level as the people whose genes were not predisposed to heart disease problems.

"It was a surprise to find that a healthy diet could significantly weaken its effect," said lead author Dr Jamie Engert from McGill University in Canada.

Her colleague Professor Sonia Anand said this underlines the importance of eating five servings of fruit and veg each day.

Earlier in 2011, eating brightly-coloured fruit for its antioxidant properties was recommended by Catherine Lombard, head of the healthy lifestyle programme at Australia's Jean Hailes Foundation, in an article for the Sydney Morning Herald.

Will this research encourage you to eat a healthier diet?