People 'underestimate how overweight they are' - Slimming Solutions

People ‘underestimate how overweight they are’ 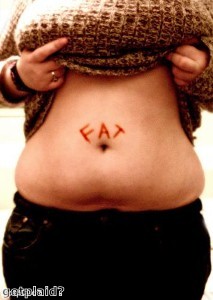 Only 38 per cent of people believe that they are overweight, when in fact 61 per cent could do with adopting a weight loss plan, a study commissioned by Safefood has shown.

The findings of the Ireland-based body’s research have prompted the launch of new awareness campaign called Stop the Spread.

This is alerting people that being overweight seems to have become both visually and socially acceptable.

Martin Higgins, chief executive of Safefood, said: “This campaign should serve as a wake-up call to an epidemic that continues to spread.”

He went on to say that people need to take a “hard look at the facts” and recognise if and when they need to lose weight.

The new research reinforces comments made back in December by Jenny Caven, a spokeswoman for Slimming World.

She said that an increase in obesity levels has caused people to underestimate how bad their own weight problems are.

Do you know how much you weigh and what your waist measurement is?