People ‘still have time to get their bodies beach-ready’ 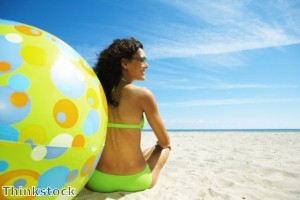 There is still time for people to get their bodies ready to show off on the beaches over the upcoming holiday season, a nutrition and support community has claimed.

Nigel Denby, of Grub4life, said that people can lose weight fast if they make a few simple changes to their lifestyles.

He suggested that people cut down on the amount of alcohol that they drink, as well as reducing their portion sizes and the amount that they snack between meals.

Mr Denby went on to say that people should try to do more exercise, perhaps by joining a gym.

“But don’t forget that what you do in your day-to-day routine is even more important than those sudden bursts of exercise,” he concluded.

Mr Denby’s comments follow the publication of research by Hotels.com, which revealed that Brits burn more calories on the way to their holiday destinations than they would during an intensive one-hour cardio workout in a gym.

Are you trying to lose weight for a holiday?