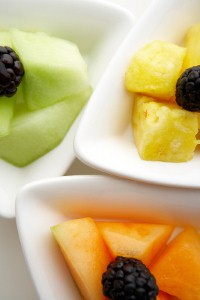 The paleolithic, or 'paleo', diet is a healthy way to eat, an expert has told those looking to lose weight fast.

Kristen Gremillion, associate professor of anthropology at Ohio State University, explained that this diet, which is also sometimes called the 'caveman diet', has an emphasis on lean meats and fruits and vegetables.

It avoids all grains and processed foods, therefore cutting out a lot of added salt, sugar and fat.

However, she said that cereals and grains should not necessarily be avoided and that it's "not unnatural" for humans to eat these.

Ms Gremillion went on to say that people should avoid the raw food diet.

"There is not really anything to be gained by eating only raw foods. We have been cooking food for hundreds of thousands of years," she said.

Last year, American physician Dr Ron Schmid told the Town Times that illnesses he has been faced with in the past have all been cured through changing his diet.

He now eats almost everything raw, including meat.

Have you ever tried the paleo or raw food diets?