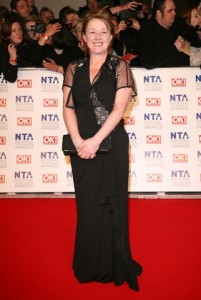 If anyone was going to make a diet work it was actress Pauline Quirke, she was determined to lose weight after realising that she tipped the scales at nearly 20st (the same weight as a sumo wrestler).

While doctors warned she would face another hip operation if she continued to pile on the pounds. Further motivation to shed 8st came when she was employed as the face of diet giant Lighter Life, the low-calorie plan which replaces meals with packets of soups and shakes. She was paid generously to reach her target weight of 11st, which she managed to reach in just under a year. But sadly, Pauline, 52, has not maintained her target weight.

Nutritionist and diet experts estimate she’s put on at least two stone since last March and will probably continue to gain weight. She says: “If your body has adapted to less than 800 calories a day then it has been starved, when you start to reintroduce normal food the body wants to store fat as it is traumatized. “LighterLife is a very low-calorie diet, you’re also more likely to lose lean body mass, including muscle, which is not sensible for the long term. Without muscle your metabolic rate will slow down.”

Pauline’s story is one that might make any celebrity on the verge of signing up to become a diet ambassador think twice. Amanda warns: “Even if you stick to healthy foods, you’ll put on weight if you’ve previously starved your body.” She adds: “It’s so demoralizing to have lost all that weight and to be eating healthy, only to be gaining weight.  It’s a cycle people often get trapped in, each time they diet they need to eat less and less to lose weight. They’re on a hiding to nothing.  “And what if Pauline goes back to eating high-fat foods?”“All the weight will go straight back on,” believes Amanda. “And she could possibly gain even more.” But what especially worries the nutritionist is the location of the weight regain. “A lot of it has gone right on her middle, and that’s the danger zone, medically. It can lead to heart disease and risk of type 2 diabetes. The muffin top is indicative of things having gone wrong.”

Last year, Pauline – who has recently finished touring with the stage version of Birds of a Feather – told how she finally decided to battle her weight demons after admitting to herself that she was greedy and that it was her love of cheese and wine that had caused her weight to creep up over the years, leaving her a size 28. “I’d had a disc removed in 1991, I had diabetes in 1994 when I was pregnant with my son Charlie, and I had to have a hip replacement in 2009. “Then I had a fall and fractured an ankle that would heal properly. That was enough – it was time I sorted myself out.” She added: “My goal is for you to interview me in a year’s time and me to say, ‘Yes, I’ve kept it off’, I’m not going down that slippery slope again…” We hope you’re right, Pauline.

Have you ever felt disheartened about putting weight back on that you have previously lost?