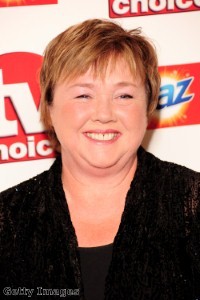 Emmerdale actress Pauline Quirke has revealed some of the secrets of her amazing weight loss, which has seen her lose over six stones in just six months.

The former Birds of a Feather Actress told the Mirror that she tipped the scales at almost 20 stones last year and vowed to go on a diet to improve both her appearance and general health.

She explained: “I hadn’t weighed myself for many, many years. Then just before Christmas, I got on the scales and it said 19 stone 6lbs. I was so shocked. I knew exactly what I wanted to get to, 11 stone.”

At the moment, she weighs 13 stone exactly, but she is hoping to lose more by following a low-calorie meal replacement system, which has so far proven highly successful.

She has also stopped eating the bacon sandwiches and sausage rolls which contributed to her weight gain in the first place.

Another celebrity looking to lose weight at the moment is Victoria Beckham, who will be shedding the pounds she put on while pregnant with Harper Seven with the use of body wraps and Pu-erh Tea.