Overweight to be penalised by NHS? - Slimming Solutions

Overweight to be penalised by NHS? 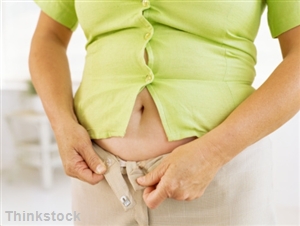 The NHS is going to have to start penalising those who are overweight, Friends Provident has claimed in its Visions of Britain 2020, a report conducted with the Future Foundation.

Those who compiled the report maintain that government campaigns are failing to persuade individuals to live healthier lifestyles and lose weight.

Visions of Britain also, however, highlighted the success that legislation to curb smoking in the UK has had.

The report suggested that penalties could be the solution to help relieve the current strain that unhealthy behaviours place on the NHS.

Dr Sarah Brewer, the expert consulted for the report, said that it is common knowledge that everyone should follow a healthy low-fat diet, but suggested that not many actually adhere to this.

“Unless an unhealthy diet and lifestyle is penalised in some way no-one will change,” she added.

Earlier in the year, a scheme was piloted in Kent by the NHS, in which obese people are given cash incentives to lose weight.

What would incentivise you most to lose weight – cash rewards or penalties for not doing so?