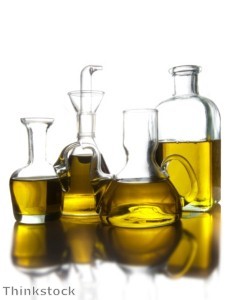 A diet that is rich in olive oil, such as the Mediterranean diet, is renowned for being a good option for those who are trying to lose weight, but scientists have just revealed that it has even more benefits.

Researchers from the University of Bordeaux and the National Institute of Health and Medical Research in France found that olive oil could help prevent a stroke in older people.

They found that those who regularly consumed olive oil had a 41 per cent lower risk of stroke compared to those whose diet did not include olive oil.

"Our research suggests that a new set of dietary recommendations should be issued to prevent stroke in people 65 and older," said the author of the study Dr Cecilia Samieri.

Last year, scientists from the Miriam Hospital on Rhode Island in the US revealed that consuming more olive oil leads to greater weight loss in breast cancer survivors compared to a more traditional low-fat diet.

Do you cook with olive oil?