Office workers ‘exercise less than they did in the 70s’ 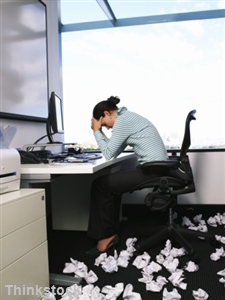 Office workers exercise less now than they did in the 70s, a study has found, which could be one of the reasons why obesity levels have increased over the past 30 years.

Researchers from the University of Montreal looked at data from a number of studies conducted after 1970 that involved between 17,000 and 132,000 participants.

Lead author of the study Carl-Etienne Juneau, a researcher at the University of Montreal's Department of Social and Preventive Medicine, said that obesity increased by ten per cent between 1978 and 2004 and that a lack of physical activity during office hours could be partly responsible for this.

"Exercise can't just be an individual thing anymore. We must focus on groups," he went on to say.

Mr Juneau believes that incentivising exercise to office employees could increase physical activity levels and decrease the prevalence of obesity.

Last week, the majority of the National Institute for Health and Clinical Excellence's independent Citizens Council voted in favour of the introduction of schemes that offer people incentives to lose weight.

How much exercise do you manage to fit into your working week?