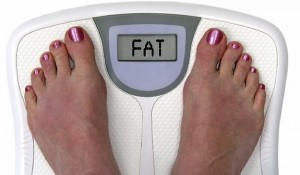 New research has revealed that millions of women are going to extraordinary lengths to get the best result on ‘weigh day’; from getting naked, to blow drying wet hair, to simply breathing in; and we’ve got some of the results to share with you.

The research was commissioned by Splenda and looked at the dietary habits of 1,880 women aged 30+ for their 2014 Small Steps healthy living campaign.

How often do you weigh yourself?

What do you do before you weigh yourself?

53% of women questioned said they would go to the toilet before weighing themselves.

49% of women said they had stripped naked before weighing themselves.

37% weigh themselves as soon as they get out of bed, believing they are lightest at dawn.

9% remove all their jewellery before weighing themselves.

7% made sure they dried their hair to make them lighter before they weigh themselves.

4% of women breathe in while on the scales in the hope they’ll make themselves lighter.

5% will go for a run or take part in a gym session before stepping on the scales.

2% sneakily set their weight scales to less than the zero mark.

What if you don’t get the result you want?

Some women resort to unusual behaviour if they’re not happy with the amount of weight they’ve lost, including throwing out their scales and buying new ones, going on a complete detox, breaking down and crying, buying slimming underwear, or even abandoning their diet and going on a food binge.

Have you ever lied about your weight loss?

25% of the women have lied to friends or family about how much weight they’ve lost.

40% fibbed to work colleagues about their weight, 38% to friends, and 25% to a partner. Other small percentages had also lied to their parents, slimming coach, or weight loss group.

Out of those women who’d lied about their weight loss, 43% said they were ashamed at not being able to lose weight, 38% didn’t want to be branded as weak, and 20% said that they enjoyed the praise when announcing weight loss, even if it was untrue.

Is trying to lose weight stressful?

46% of the women questioned said stress was the main reason for their diet to fail.

Other situations more stressful than a diet included job interviews, travelling abroad, blind dates, getting married, and driving to an unfamiliar location.

What did Splenda think?

Hannah Vose, a spokesperson for Splenda said: “Some women are so stressed by dieting that they resort to a range of  bewildering tactics to think themselves slim, from getting naked on the scales to drying wet hair. We know that going on a diet can be a challenge for many women and seeing results when stepping on the scales is an important part of the process.”

Actress and healthy cooking guru Nadia Sawalha, who is the face of the Small Steps campaign, said: “The survey results show how stressful women find dieting and the negative impact this can have on overall weight loss. Every diet I’ve tried has turned out to be a temporary fix and as soon as I returned to my old eating habits I put every pound back on. Making drastic dietary changes is never going to work – I need small changes that can be easily incorporated into my life.”